Cathy commenced with the surgery in 1996. She is involved in General Consultation, Anaesthetics and Obstetrics. Cathy’s special interest includes Women’s Health and Aviation being a qualified Aviation Medical Examiner. Cathy is the sole owner and director of Margaret River and Cowaramup Surgery. 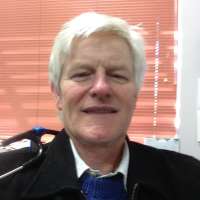 Ray has been with the surgery since its commencement in 1985. He practices all aspects of rural medicine. These include General Medicine, Minor Surgery, Anaesthetic and he has a special interest in the treatment of skin cancers.

Graham covers all aspects of family practice including General Consulting. He has been with this practice since 1993 and has a special interest in Travel Medicine including vaccinations and health risks associated with overseas travel. 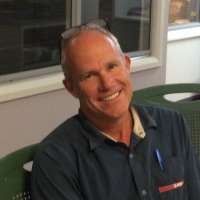 Bob commenced with the surgery in January 2002. He is a General Practitioner with a Diploma in Children’s Health. He has worked for many years in other areas of medicine, including volunteer work overseas

Adam commenced with the practice in July 2007. He is particularly interested in Anaesthetics and Emergency medicine with a Diploma in Children’s Health. He covers all aspects of General Medicine and has travelled extensively overseas volunteering his medical expertise.

John joined our practice in October 2008 recently having spent some time in Ireland. He is a General Practitioner who covers all aspects of family medicine. John is available for consultation at our branch practice Cowaramup Surgery and also Margaret River Surgery.

Kirstie is of British origin, graduating from the University of Cardiff England. She comes to us after being based at Bunbury Regional Hospital working in the Emergency Department, and also has a diploma in Tropical Medicine. Kirstie is available for all general consultations and commenced with the practice in July 2012. 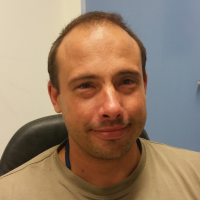 I left South Africa in 2007 and had brief spells in New Zealand and Queensland before settling in WA. I moved to Margaret River at the beginning of 2016 for the unbeatable lifestyle and myriad of opportunities for the whole family, after spending 5 years up north in Carnarvon.

I have an interest in all aspects of general medicine and chronic disease management, both adult and paediatric.

Peter joined our practice in July 2017. He was a GP in the UK for 23 years and moved to Margaret River with his wife now that their children are independent. His qualifications include a diploma in child health. He has experience in mental health and residential aged care.

Patricia comes to us from Pinjarra Medical Centre, having relocated to Augusta, Patricia practices all aspects of general medicine with special interest in chronic disease and women’s health. Hobbies include roller sports being the chair medical commissioner for federation international de roller sports coordinating anti-doping programs in and outside of competition.

Rebecca joined our practice July 2016, originally from Collie “Bec” has relocated from Perth back to the country where she has a desire to practice rural medicine in a rural setting. Bec is involved with women’s health, general consultation and obstetrics.

Christopher commenced July 2017 and is obstetric trained, originally from Glasgow, practices all aspects of general medicine with a special interest in obstetrics.

Ruth trained in paediatrics in the UK before moving across to family medicine and emigrating to Australia. Since then she has split her general practice experience equally between the Perth Hills and the South West of England. Ruth has a particular interest in women’s and children’s health.

Book your next appointment with us